The historical complex of the recently restored Grand Hotel is an evidence of the time when, at the end of the 19th century, Ceresole Reale became a centre of élite tourism. One part of the building has been acquired and restored by the park authority, which has turned it into its operating centre with the aim of creating a pole - connected with the local territory and external cultural institutions - which can host cultural and scientific events and contribute to local development, thus promoting sustainable tourism. The mezzanine, in the prestigious party hall of the former hotel, hosts a multipurpose room for conferences and events. Inside the building there is also the Ceresole Reale: Homo et Ibex dedicated to the relationship between mankind and the hibex troughout history.The total restoration and furnishing works were carried out thanks to EU funds, the contribution of the Ministry for the Environment and the Programme Agreement signed with the Piedmont Region. 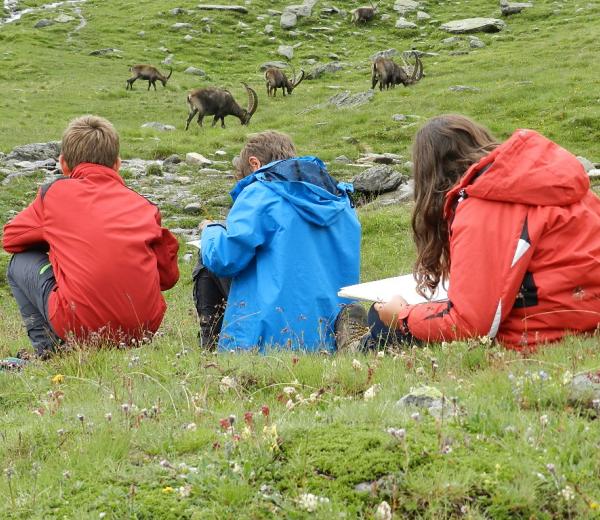