This page describes the current researches, followed by the Park Botanical Service.

The phenology, as the changing of annual development phases of living beings, is influenced by seasonal climatic conditions and therefore is sensitive to climate change. By 2009, thanks to the participation as added partner to the European Phenoalp project, the Park applies observations on forest phenology, collaborating both with the Phenoclim (CREA, Haute Savoie French) network and the phenological network of the Piedmont Region Parks. It consists in realizing reliefs on the different phenological phases (reproductive and vegetative) of 7 different arboreal species: Larix decidua, Picea abies, Fraxinus excelsior, Betula pendula, Sorbus aucuparia, Corylus avellana, Fagus sylvatica. 5 stations have been prepared, one in each Park valley; each of them have 3 observation sites in different atitudes. Each station is linked to a meteorologic station for the temperatures measurements of the soil and air. The botanic Service coordinates the working group of rangers (surveillance service) that is in charge of collecting data, the activity consists in the detectors formation, providing the necessary material, testing, verification and processing of data. Phenological data are currently available on the site www.creamontblanc.org (Phenoclim section). We remind that the phenology monitoring in relation to climate changes requires, in order to provide reliable results, a long period of collecting data (almost 10-20 years).

The purpose of this activity is to identify indicators of climate change from the phenology of Alpine pasture grasses (above the forest level) comparing to the temperature trend in order to verify the influence of climate change on alpine vegetation. Observation protocols must allow to estimate the beginning, the intermediate stages and the end of the growing season following the appearance of the stages of budburst, leafing, flowering, discoloration and leaf fall. 7 species were considered to represent the different types of pastures, in particular:

- Nardus stricta (graminaceous not appetite by the livestock)

Two phases have been taken into considerations, the vegetative phenology (or growth) and the reproductive one (or bloom).

In PNGP an observation site has been set in Orvieille (Valsavarenche), at 2300 m altitude. This site is divided into 3 parcels where individuals, belonging to the various forms of life, are marked individually.

Data collected have been used in order to analize, at first, the relations among vegetation, climate and topography. Lately they will permit to elaborate, adapt and validate a phenological model.

In this site, as well, there is a weather station for tracking data of air temperature and soil. During 2012, in addition to the continuation of field observations (reproductive phenology), a webcam for the reliefs on the greening and yellowing of pastures, will be installed. in order to prepare a less wasteful protocol for the vegetative phenology. For this project also we're expecting long-term results.

For some time the Surveillance service staff undergoes to the monitoring glaciers included in the Park, performing different measurements on both the front and the glacier in itself. In the last years, due to the rising of average temperatures, we notice a more or less consistent retreat of ice cover, leaving portions of land discovered for the possible vegetation colonization. With this project those areas have undergo monitoring in order to verify the colonization both from the quality and quantity point of view. Floristic surveys are therefore carried on with particular attention to the development of a standardized methodology as the realities of the different geomorphological glaciers examined is very different. For the reliefs are used handheld devices provided to rangers. The project is still under experimentation in order to develop a data collection protocol, we will try to increase the number of glaciers in order to have more realities to compare. For each zone monitored, was prepared, through interpretation of aerial photographs, a chartography in order to identify the areas (polygons) occupied by ice, those vacated but still bare of vegetation (where flora's presence is sporadic and fragmented) and the areas where the turf is continuous. 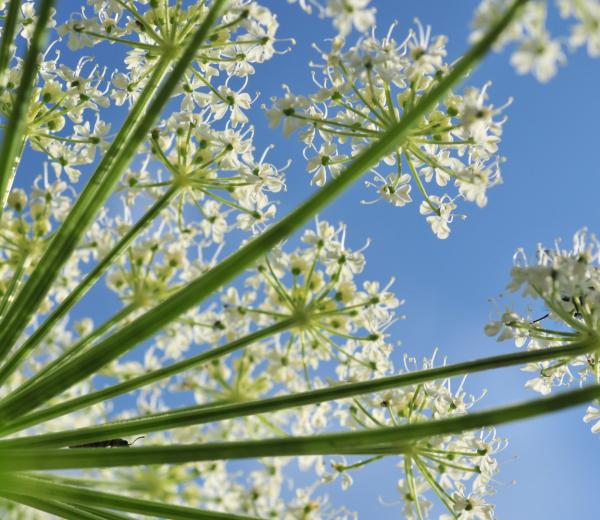 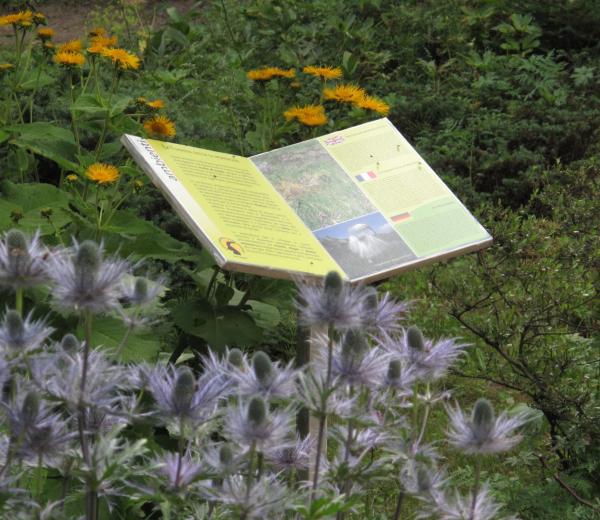