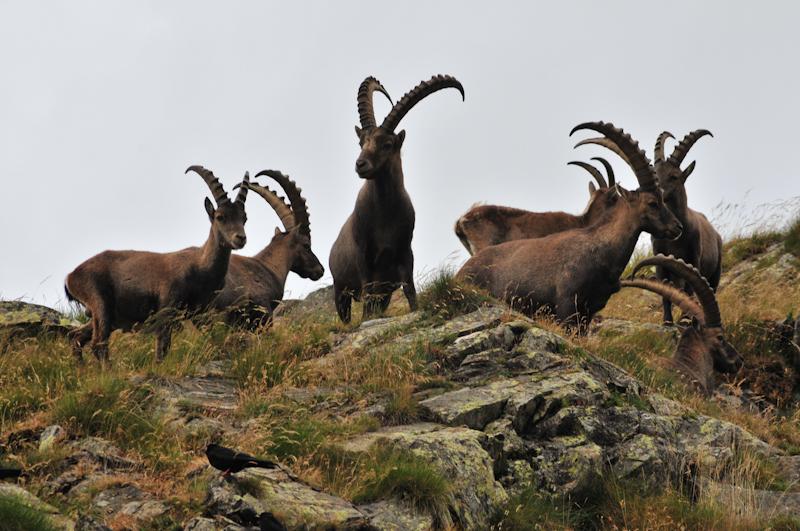 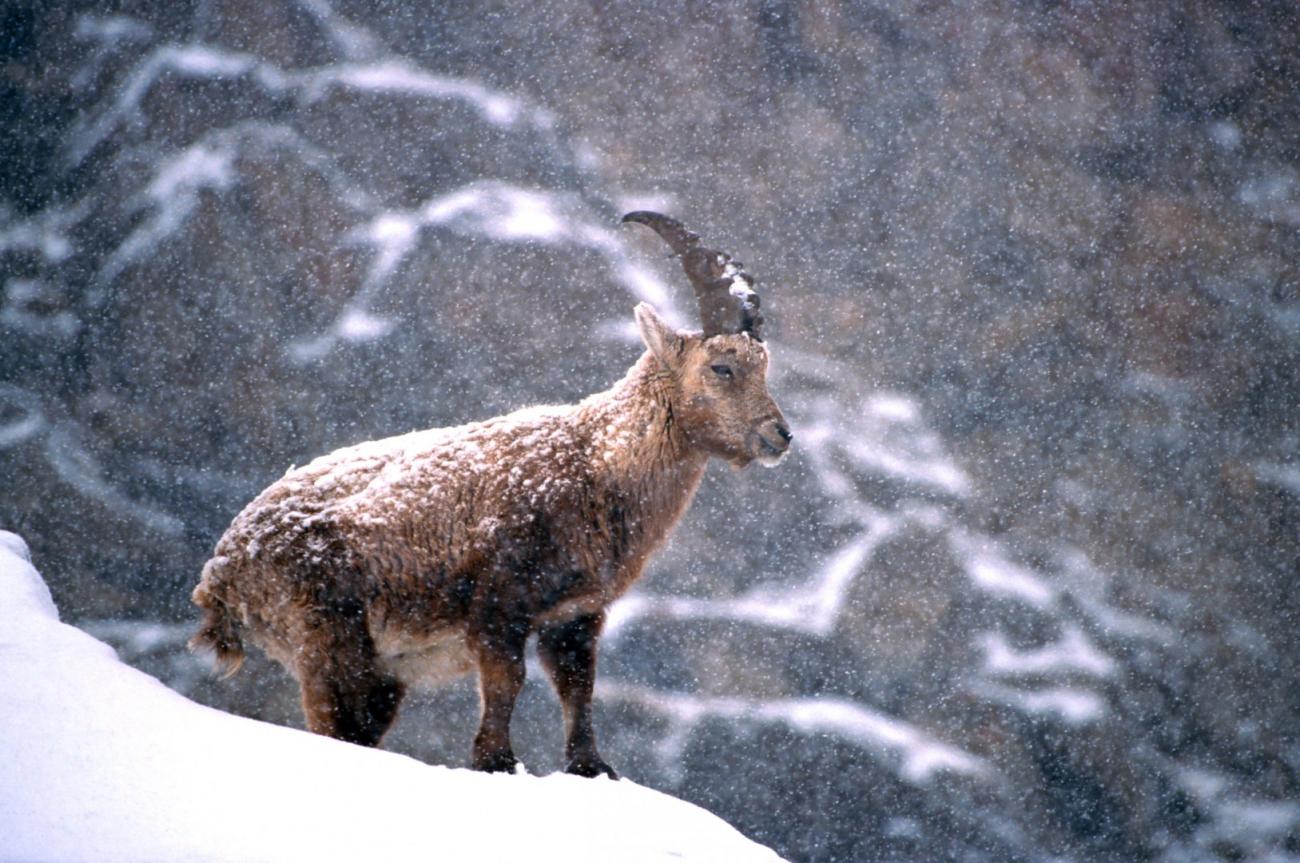 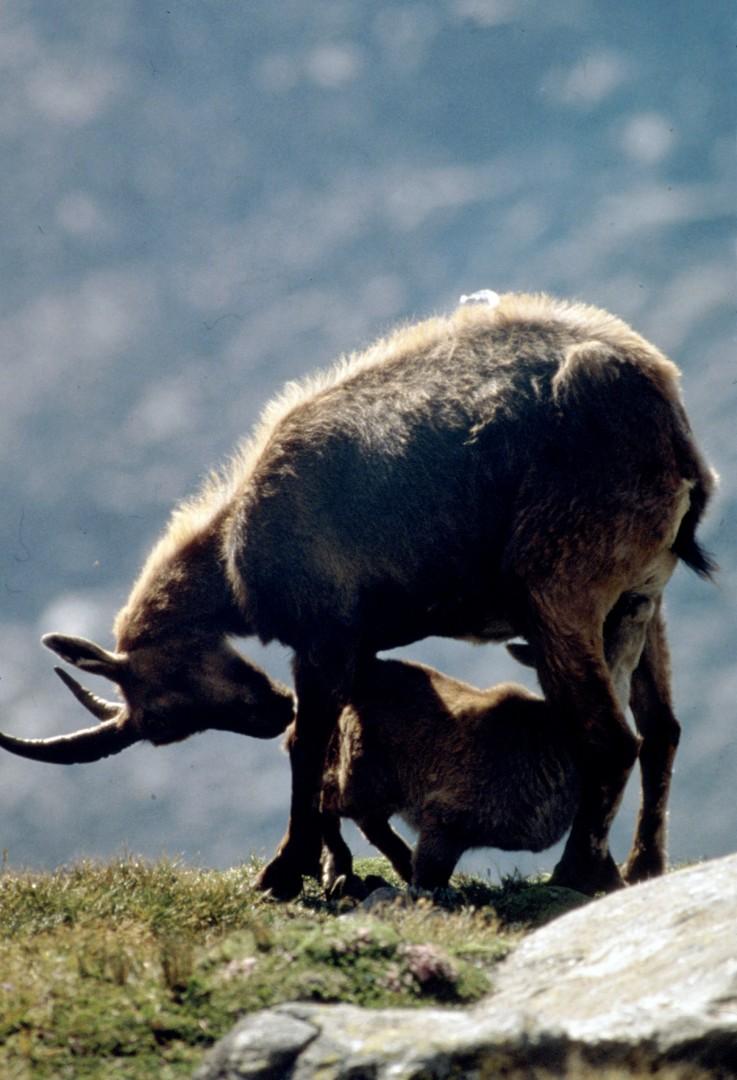 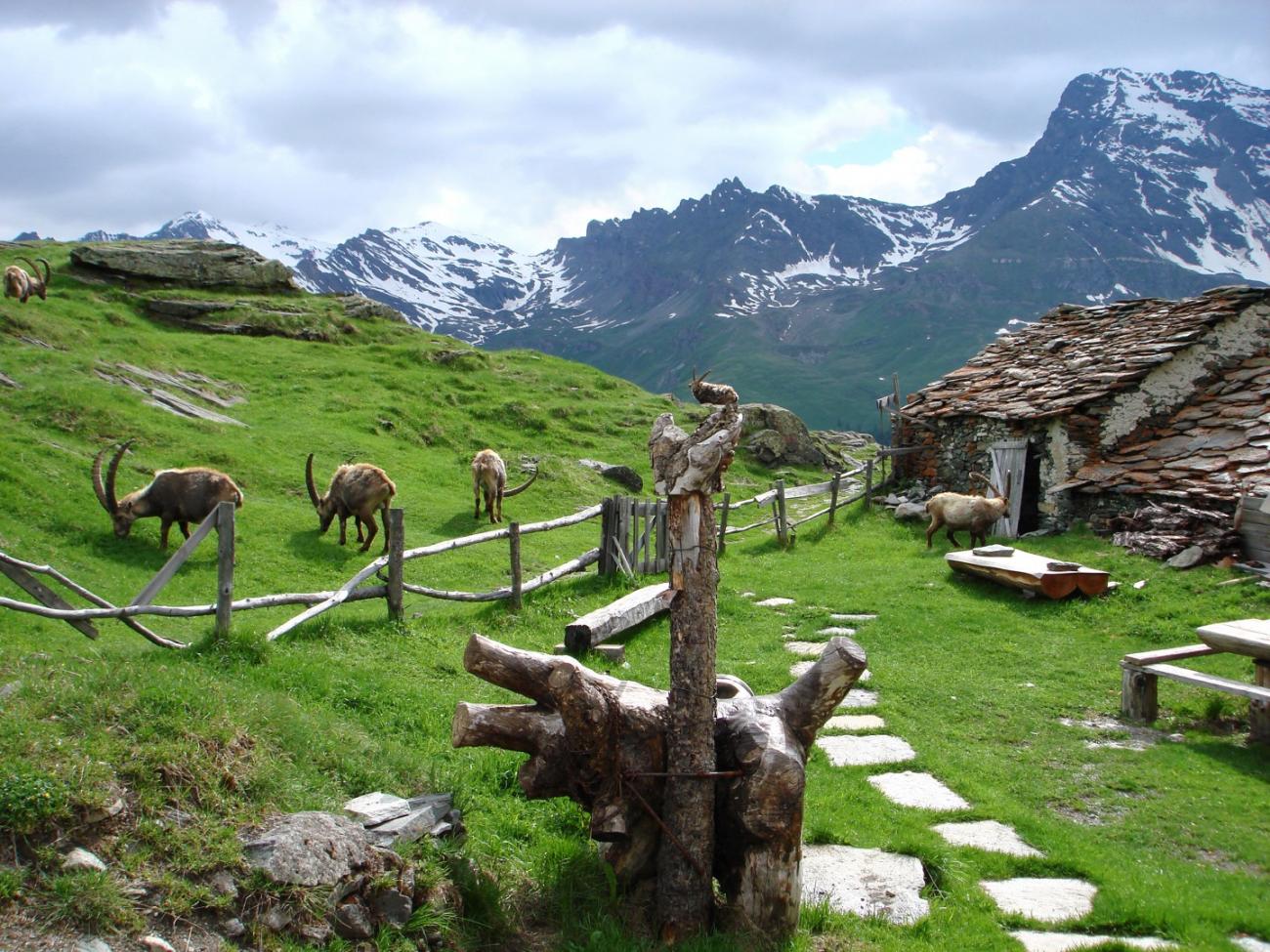 The ibex, the symbol species of Gran Paradiso National Park, lives in the plains at high altitudes and on the rocky valley walls. The differences between the male and female are very clear; at the end of autumn, the average weight of adult males is about 90 kg, with an average length of 160 cm. Adult females weigh 35-49 kg and are about 135 cm long. This animal is characterized by permanent hollow horns, made up of a horned shell covering the bone. The horns of the male are longer and thicker and have an average maximum length of 92 cm. Those of the female are shorter and thinner and about 34 cm long. The diet of the ibex is made up exclusively of fresh grass in the summer months, supplemented by shrubs, shoots, lichen and conifer needles in the other seasons.
The alpine ibex was threatened with extinction at the end of the 19th century and it survived only in the valleys that today make up the Gran Paradiso National Park. Its presence in the park has been uninterrupted and, currently, its presence is spread evenly over all of the valleys in the protected area. In Soana Valley and in the lower Orco Valley its distribution is erratic. The highest concentration is to be found, during the summer, in the Cogne and Savarenche valleys. The ibex is object of particular attention and protection by the Park and many research and conservation projects have been dedicated exclusively to it. Every year, many ibex are taken from Gran Paradiso in an attempt to reintroduce the species in other alpine regions.