Sweet foods
Torta del Nivolet (Nivolet cake): is a specialty cake invented for the gastronomic competition in Ceresole Reale at the event "A piedi tra le nuvole – Walking in the clouds" in 2003. The following ingredients must be carefully mixed: flour, potato flour, butter, sugar, eggs and chocolate, but what makes it special is a touch of genepy, traditional mountain herb liqueur. The cake is decorated with icing sugar to represent the head of an ibex which is forever the symbol of the Park. The cake is made by the pastry shop "La Vecchia Vall'Orco" in Sparone, Turin, but can be found in the best shops throughout the Piedmont area of the Park.

Biscotti del Nivolet (Nivolet cookies): after the successful production of the cake of the same name, in 2004 the competition was about cookies, so the pastry shop "Cerutto" in Castellamonte, Turin, created this unusual, cloud-shaped cookie. It is made with flour, eggs, sugar, butter, margarine and herb liqueur. Aromatic herbs are also used for the decoration, thus giving it an original, totally natural green colour, much like the summer meadows at Nivolet, to which it owes its name.

Tegole (Rooftiles): the classic sweet souvenir from Val d’Aosta, these round cookies are made with wheat flour, egg whites, hazelnuts and both sweet and bitter almonds. Their production in the kitchens of the pastry shops in the Valley began around seventy years ago, possibly starting from a French recipe. The name derives from their “wavy” look, which these cookies took when, after being baked, they were left to dry on a rolling-pin or another cylindrical surface.

Mecoulin: this is a delicious bread with raisins that is sold in pastry shops in Cogne, where it is made following an ancient tradition.

Wine
Valle d’Aosta or Vallée d’Aoste Doc
Despite the clearly unfavourable soil and climate conditions (just consider that the highest vineyard in Europe is cultivated in Valle d’Aosta: the Blanc de Morgex et de La Salle, between 800 and 1200 metres, practically at the foot of the Mont Blanc glaciers) excellent wines are produced here, though in small quantities.

Charcuterie
Boudin: a classic of traditional Val d’Aosta cuisine (the name is pronounced the French way, budèn), this is a salami that was originally made by mixing pig blood with boiled potatoes, turnips or red beets, lard, salt, pepper, garlic, cinnamon, nutmeg, sage, rosemary and juniper berries.


Mocetta: also called motzetta, this is a preserved meat typical of Valle d’Aosta and the Canavese region. Once mocetta was made from the boned leg of the ibex; since this ruminant now belongs to the protected wildlife of the Gran Paradiso National Park, chamois (from farming, nearly always imported) or goat meat is used instead.

Salame di patate (Potato salami): typical of the Canavese and Biella regions, it was one of the most typical methods for increasing food available to peasant families. Traditionally it was prepared on the day that the pig was killed, but it still retains a seasonal character: it is produced between October and March, before the potatoes begin to ferment.

Cheese
Fontina Dop: is one of the most famous Italian cheeses, Doc since 1955. It was produced and still is produced with raw cows milk of the pie rouge breed (Red Dappled) that in summer feed in high range pastures, and is scented with flowers and aromatic essences. 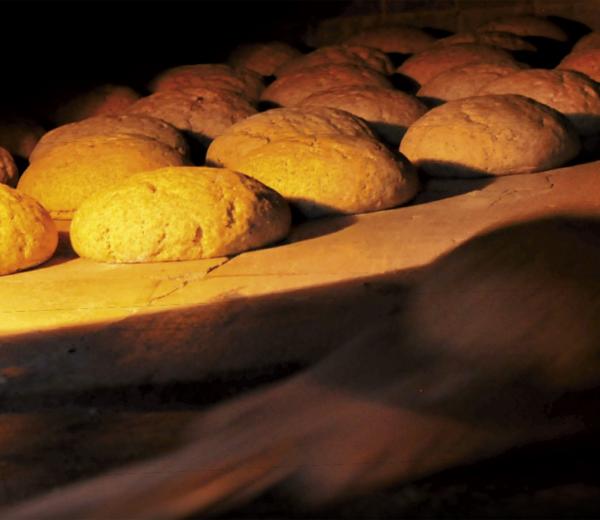