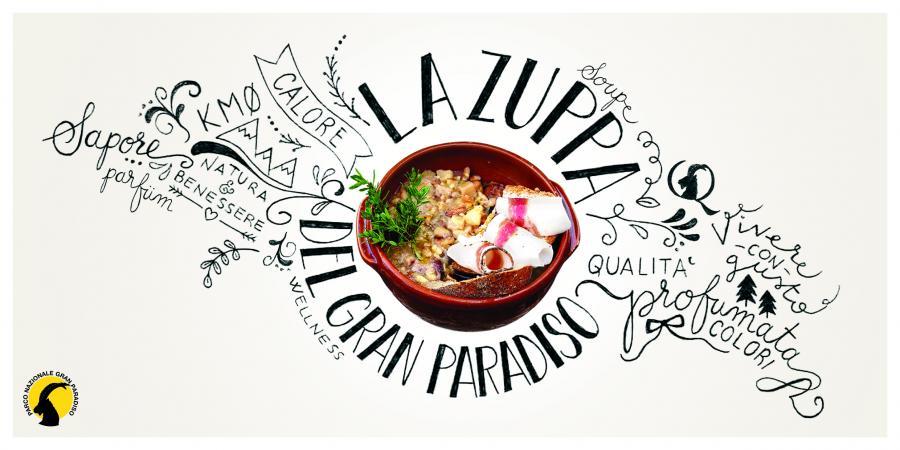 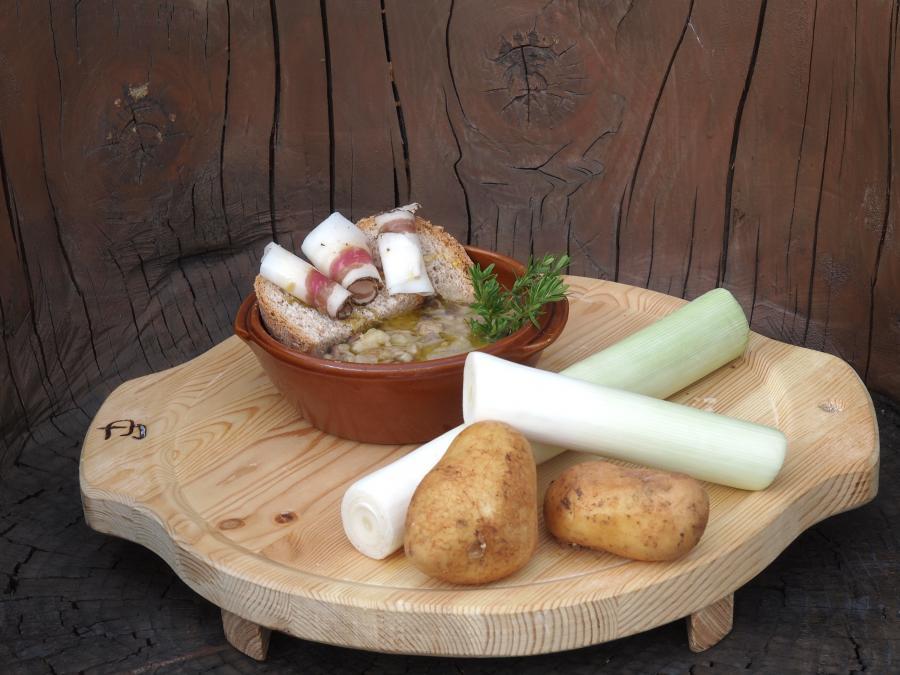 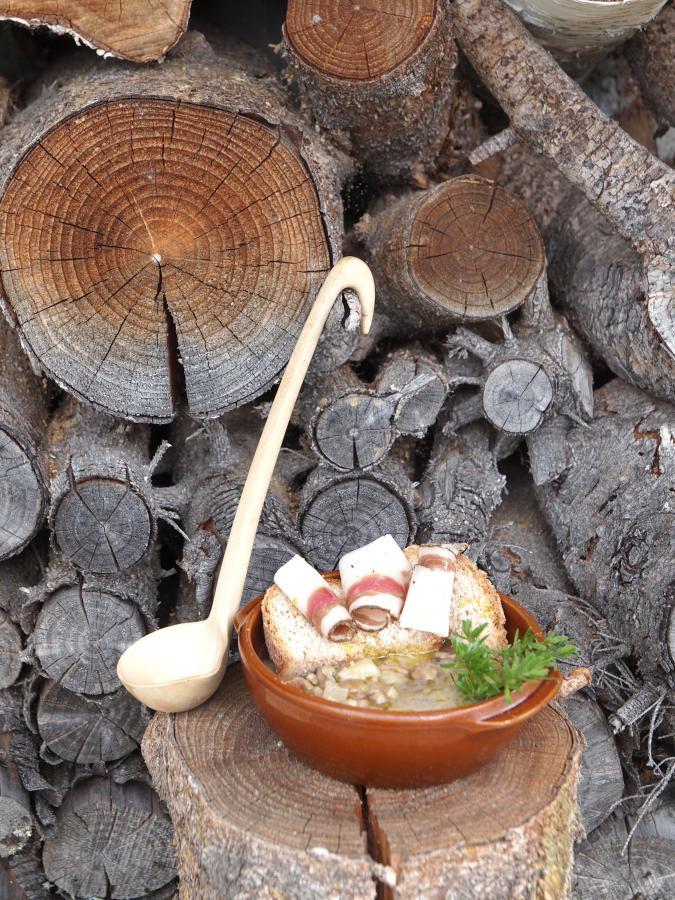 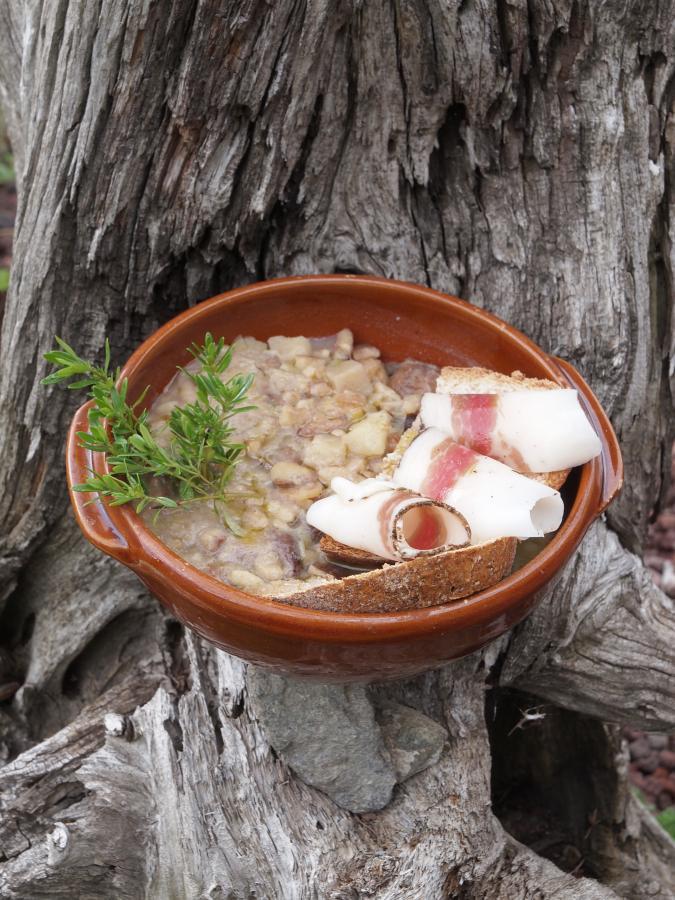 The Piedmont and Valle d'Aosta alpine valleys that are part of the Gran Paradiso National Park fancy a considerable amount of typical products and dishes, true treasure of these areas, which have been handed down over the centuries and that reflect the history, harmony and purity of a special environment as the largest protected area in Italy.

Among the countless peculiarities of Piedmont and Valle d'Aosta, the Park Authority, in close collaboration with producers and restaurateursbelonging to the Gran Paradiso Trademark of Quality, has decided to create a dish that could enclose and protect the authenticity of this territory and become, in this way, the Gran Paradiso National Park emblem.

Thus was born the ' Gran Paradiso Soup' , dish made of potatoes, onions or leeks and bread that you can enjoy in the park facilities that have joined the project and that will be prepared with the traditional ingredients, served more or less dense, depending on how each restaurateur will want to interpret and customize the dish, with the addition of creativity and personal flavor.

Various cheeses used to flavor the soup, from the toma d'alpeggio to serais or fontina cheese, while the use of buckwheat bread makes it more tasty and "ancient", despite some propose it with wholemeal bread, white or black.

In order to make it even more tasty, the use of different herbs such as thyme, nettle, ' verquegno ' and ' lenga buinà', typical of the valleys of the Gran Paradiso Park, who choses chestnuts, instead, or who enriches with the addition of pearl barley, rice or short pasta.

Many, then, the Gran Paradiso Soup variants: you can taste them all or choose the one that is closer to your palate, conscious that in this mix of flavours and fragrances, enchanted corners are enclosed, alpine landscapes of great beauty and a history dating back to 1922.

Here following are the Trademark of Quality structures where you'll be able to taste the Gran Paradiso Soup:

- Hotel Gli Scoiattoli of Ceresole Reale, with rice, leaves of nettle, of 'verquegno' and 'lenga buinà'

N.B. The soup is served only on July and August

- Hotel Bellevue of Cogne, combines the cream of potatoes, peas and the fontina cheese fonduta with nutmeg.

Those who visit the Park during the summer season, can also taste the soup and take advantage of the "menu del Parco" proposed by some restaurant owners, which includes an appetizer, a soup and a dessert at a promotional price.